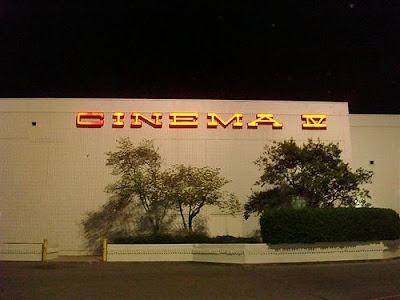 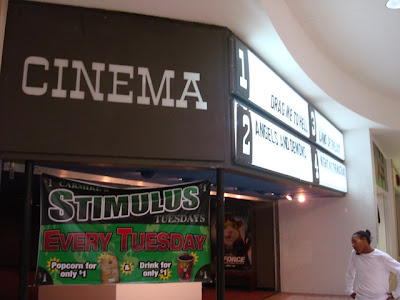 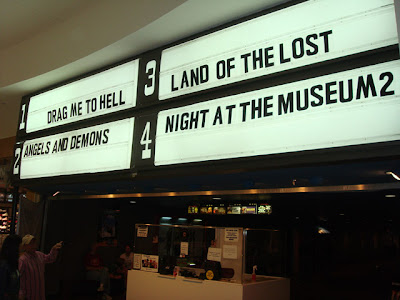 The River Ridge 4 Cinema was opened in 1980 by General Cinema Corporation, and was a standard design for its era. General Cinema sold its southwest and central Virgina theaters to Carmike Cinemas in the 1990s, and this theater has been one of their properties ever since.

What makes it unique is that while other theaters of its vintage were closed or remodeled, this theater was essentially left the same, and is a perfectly preserved example of what General Cinema's theaters looked like in their 1970s-1980s heyday.

Regal Entertainment is scheduled to open a new theater at River Ridge this year, and although the fate of this property has not been officially discussed, it's a safe bat that it will close soon, taking with it all of its history and these signs, which is a perfect example of General Cinema's classic signage.
Posted by Livemalls at 5:39:00 PM 5 comments: Links to this post 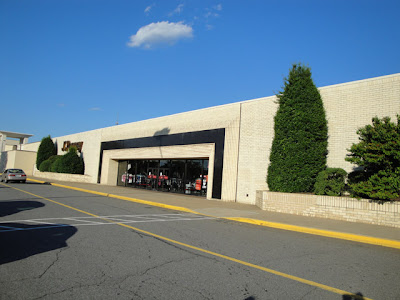